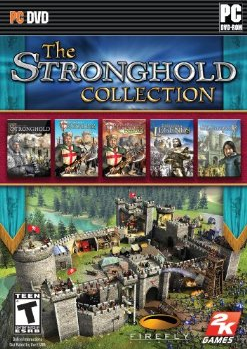 Firefly Studios and 2K Games are pleased to announce The Stronghold Collection, a DRM-free bundle of the entire Stronghold series of medieval real-time strategy games. The collection will ship to stores on October 27 in the US with a worldwide release in 2010. Hit read more to find out what it will include.